Was Life in the Middle Ages Really a Fairytale, Continued

Guest Blogger Stella Baker is an English Language Arts teacher at Owsley County Middle School. She has been teaching in Kentucky schools for 29 years. Over that period of time she has taught a variety of subjects and grade levels, but has always returned to middle school English, which is her niche. In her spare […] 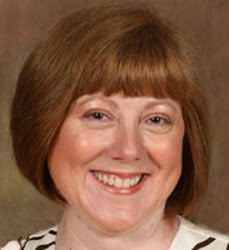 Guest Blogger Stella Baker is an English Language Arts teacher at Owsley County Middle School. She has been teaching in Kentucky schools for 29 years. Over that period of time she has taught a variety of subjects and grade levels, but has always returned to middle school English, which is her niche. In her spare time Mrs. Baker assists with the academic team and after school tutoring. She strives to encourage all students to become better readers and develop a love of literacy. During the summer of 2013, Mrs. Baker attended the 3 day training Inquiry Inside of the Common Core State Standards Instructional Shifts as part of foundational literacy services provided to Promise Neighborhood English Language Arts teachers in eastern Kentucky by CTL. The following blog is a continuation of by Mrs. Baker’s November blog Was Life in the Middle Ages Really a Fairytale. In this entry, she reflects on the process of implementing an inquiry-based approach to teaching.

To begin the unit I had each of my classes read a fairy tale that was set during the Medieval period. As they read, they used a dual entry organizer to document evidence from the tale that helped them make inferences about life during that time period. Following the reading, students used pair/share to discuss their findings. Each class then did whole class sharing and created a wall chart that documented what life was like according to the fairy tale they had read. These charts would hang on the wall throughout the remainder of our unit.

The next part of the unit was basic reading instruction: main idea, supporting details, summaries, etc. As soon as I felt comfortable with the abilities of my students, I placed my students into small groups. Students provided input in the grouping, identifying 3 students they would LIKE to work with and 3 students they would prefer NOT to work with. I used this information as I created the final groups. Then each of the groups selected a topic from a prepared list of cultural elements that we wanted to include in the fair.

Groups began the research process by formulating questions. What did they need to know in order to adequately explain their chosen element? They used these questions to guide their research. As they researched, students were responsible for finding evidence to support the things they had learned about medieval life from the fairy tale. As a student found evidence to support something in the fairy tale they would write it on a Post It note and add it to the wall chart.  Students also created sheets containing drawings and definitions that were meant to help with vocabulary acquisition of words related to the medieval period.

After a week of research, students were becoming more knowledgeable and prepared. The next things they needed to consider were what forms of written and visual materials they wanted to prepare for the Medieval Fair. We watched a few YouTube videos showing actual Medieval Fairs and discussed different forms of informational writing. Students used an Alphablocks sheet to document all of the forms of informational writing that they could brainstorm. Then each group sat down to discuss what form would best fit their own subject area. 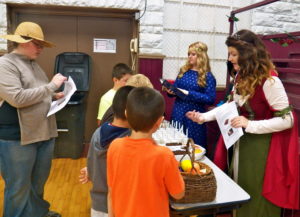 During this time, students also did both a self-evaluation and a peer evaluation for the research portion of the project. Each student scored each of their group members and justified the score that they had given. They also gave themselves a score and wrote a summary of what they had learned about their assigned topic. These evaluation sheets were used to help as I assigned grades for the work done thus far.

After the decisions were made, the next two weeks were filled with writing, editing, revising, and publishing the writing pieces, as well as the creation of whatever visual art the students felt could add to their presentation. It also included costume preparation for each of the students. These two weeks were probably the most stressful for me. With sixty students all working on their own thing the classroom tended to be louder and there was just a greater sense of confusion, though it was productive confusion.

Behind the scenes, I was hard at work communicating with the elementary principal, being sure that we had a target audience, setting up a date and time for the event, arrangi 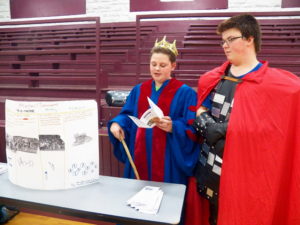 ng for transportation, and contacting the elementary teachers to inform them of the event. As the date for the fair grew closer, I created a scroll that would serve as the invitation for the event. I sent a student in costume to deliver the invitation and begin the anticipation in our audience. This also provided the third grade teachers an opportunity to assist in setting the tone for the event.

Finally the day arrived! It was a day filled with excitement, questions, and problems. One of the teachers who had assisted with costuming was not there, the bus that was to transport us to the elementary was a bit late, and two of my eighth grade students were absent. I shouldn’t have been worried; my students were prepared. It was absolutely wonderful to watch them interacting with the younger students. With each small group that rotated from table to table, my students would revise their presentations slightly: making it shorter or longer, changing their delivery style, or adding in more opportunity for questions. 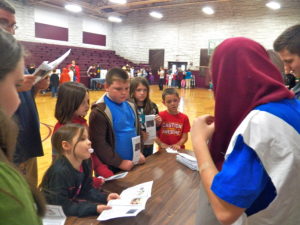 The following day was filled with packing away props and costumes in preparation for the Fair next year. Just as my students thought their work was finished they sat down at their desks and I gave them their final assignment. I asked them to reflect on the entire unit and advise me about things they thought would improve it. Each student wrote a reflection which I took home to read.

I think that I have actually learned two big things from this experience:

For more information on how you can work with CTL in designing inquiry-based units, contact Ashley Perkins at aperkins@ctlonline.org.