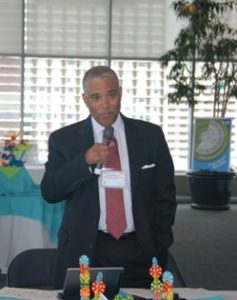 During CTL’s recent 20th Anniversary Education Forum and Celebration held at the Muhammad Ali Center in downtown Louisville, table groups of educators and policy makers developed actionable steps to address one of three forum themes—equity, innovation and systems change—with the aim of inventing a new educational future over the next 20 years.  One of the tables discussing equity quickly moved from barriers to achieving equity to specific steps that could be taken to provide all students, but especially those of poverty and color, access to the richest and most challenging curriculum.  Taking their task of developing solutions rather than admiring the problem, table participants suggested these action steps:

o   Remove pre-requisites to advanced courses, and for students that may lack the preparation for these classes, pair an advanced course with a period of scaffolding and support to help them catch up and achieve success.

o   Un-track courses at the middle and high school level, since tracking mediates against preparing all students for college and limits opportunity.

o   Create assessments that allows for learning that is valued rather than testing a narrow band of skills and ensure that parents understand the difference.

o   Toss the Program of Studies which in many districts not only includes pre-requisites but also codifies tracking.

o   Ask each high school teacher to “tap on the shoulder” one student, encouraging him/her to take Advanced Placement (AP) courses which earn college credit and expressing belief that the student has the ability to succeed.

o   Provide summer programs for at-risk students to qualify them for AP courses. 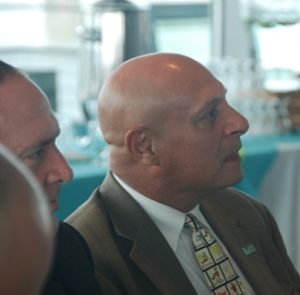 The first three action steps come from Dr. Pat Michel, superintendent of Salem City Schools in New Jersey and reflect the changes he’s made since assuming leadership of the district.  He gave high school teachers a year’s notice that he would eliminate tracking beginning with ninth grade and asked them to plan for that transition.  He added AP courses and an International Baccalaureate program to raise expectations and better prepare students for college, and eliminated pre-requisites that limit access to challenging coursework.  Dr. Michel participated in the discussion virtually, but made his presence known with his concrete and practical suggestions for achieving equity.  See his guest blog written in advance of the 20th anniversary event: Transforming Schools in Images of Children’s Potential.

Sharing the group’s recommendations with the rest of the participants was Dr. Kent McGuire, President of the Southern Education Foundation, a nearly 150 year old organization that advocates for educational equity in the South.  Dr. McGuire is also a CTL Board member.  His action step regarding the Program of Studies recognizes that this document, common to districts across the country, represents policies that exclude some students from educational opportunity and college preparedness. Another action step, identifying students and encouraging them to take advanced courses, came from Stu Silberman, who directs the Prichard Committee for Academic Excellence and is a former superintendent of Fayette and Daviess counties in Kentucky. 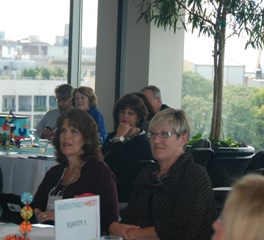 Karen Branham, Assistant Superintendent in Jefferson County Public Schools, KY’s largest district noted that since the district implemented a summer program to prepare students, 80% met qualifying criteria for AP courses. An additional recommendation included placing advocates in schools who work on behalf of under-represented students to ensure they have equity of opportunity.