This is the fourth in a series of blogs on the role of leadership in achieving school turnaround.  These entries are based on the research recommendations published in the IES Practice Guide: Turning Around Chronically Low Performing Schools 2009 by the What Works Clearinghouse.  So far I’ve defined the four recommendations and highlighted two of […]

This is the fourth in a series of blogs on the role of leadership in achieving school turnaround.  These entries are based on the research recommendations published in the IES Practice Guide: Turning Around Chronically Low Performing Schools 2009 by the What Works Clearinghouse.  So far I’ve defined the four recommendations and highlighted two of them: signaling dramatic change and maintaining a focus on improved instruction, in terms of principal leadership. 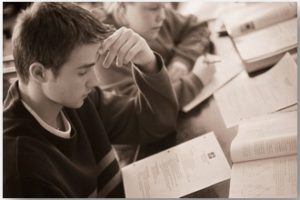 In this third post the focus will be on the recommendation: achieving quick wins.  When I became a high school principal, the previous principal had been removed, and achievement in this racially and economically diverse school was uneven at best.  There were a number of issues related to discipline, attendance, and school climate.

It seemed to me that the faculty needed a series of quick wins to begin to turn around a culture of low expectation.  Teachers had lots of complaints about student apathy, behavior and most vexing, tardies.  They saw lateness to class as evidence that they were losing control over a group of disinterested students.  So, our first quick win was to get students to class on time.  I asked all teachers to stand outside their classrooms during passing period, to greet students, and to hurry them into the classroom.  For years, teachers had stayed in their classrooms during passing period and had come to accept tardiness as a fact of schooling.  So there was a novelty factor in having teachers in the hallways, taking responsibility for their students and just being visible.  In the matter of a week or two, tardies diminished and it was the exception rather than the rule to see someone late to class.

This first quick win gave teachers an inkling that through their own actions they could improve learning conditions in the school.  The second quick win was to ensure that when students were on time for class, there was a learning task for them to accomplish while roll was taken, a task that contributed to their learning and for which they would be held accountable.  This is not a new concept, but it did communicate a priority for learning and effective use of time.  And it worked, in students coming to class on time and for the most part, getting right to work.

I could give other examples, but you get the idea.  Quick wins allow faculty members to believe that they can make a difference in school operations and student performance.  That sense of self-efficacy is one of the highest correlates of student achievement in the research on school improvement.  For schools embarking on a turnaround journey, the way to build a culture of success is to start with quick wins and at the same time keep an eye on the longer improvement goals necessary to raising achievement.