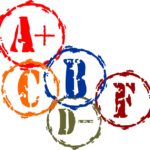 Grading has always seemed subjective. One teacher gives extra credit points for coming to class prepared (pencil in hand) while another teacher refuses to accept late work (even one day late). One teacher allows students to redo work until mastery while another teacher’s exams don’t directly address her standards. I recently read the November 2011 edition of “Educational Leadership” Effective Grading Practices. The feature articles and columns ask questions of grading practices and provide research, testimonials, and anecdotes that address grading practices from student, teacher, parent, and district perspective.

Redos and Retakes Done Right by Rick Wormeli dispels the argument that by giving students only one chance to turn in an assignment or take a test, we are best preparing them for the working world. Think about working world examples where we are given a chance to “re-do”? How about the ACT, SAT, LSAT, MCAT, Praxis, GRE and even our driver’s licensure? (And thank goodness for that last one because I was stamped failed before I even got to the parallel parking portion of the test!) After failing the test, I had to go back to the manual, go back to the practice course, and learn the essential content and skills in order to pass the next time. I was given a “re-do”. Imagine if the law stated that I had one and only one chance to ever pass that test. Do 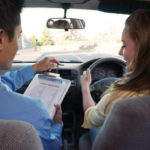 you think I would go back and learn the content and skills if there was no reward, in this case a license? Probably not. So when our students turn in inaccurate work or miss an assignment and we do nothing but record that low score, are we ensuring they are learning the content? Are they going back and learning it on their own? Thomas Guskey in his article Five Obstacles to Grading Reform notes there are studies to support that some students work hard to avoid the consequences of low grades (Haladyna, 1999) but the reverse isn’t true. There is no research to support that low grades motivate students to try harder.

Reporting Student Learning by Ken O’Connor and Rick Wormeli comments, “If we’re living up to the promise of teaching every student, we could turn all summative assessments into formative ones.” That does not mean final exams, projects, or standardized tests are removed, but instead that students are allowed to “re-do” them after feedback from the teacher. It is not bad pedagogy to allow students to revise their learning and learning. In fact, it is best practice.

Should any student be allowed to “re-do”? If so, what prevents a student from checking out during daily work knowing that he/she could retake the final exam over and over again until a passing grade is achieved? How do we hold students accountable? No Penalties for Practice by Douglas Fisher, Nancy Frey, and Ian Pumpian speaks to how one school’s faculty addressed this concern. Health Science High and Middle College (HSHMC) in San Diego, California identified all the course competencies per subject (i.e., eight in algebra and 17 in U.S. History) and then agreed that students would need to pass all course competencies at 70% or better to pass each course. If a competency was not met, an incomplete would be recorded “on the books”.  The student could then retake an assessment only after completing the practice work assigned by the teacher. The practice work, whether completed as homework, in Saturday school, or after-school tutoring, would not be graded but would be required for a retake. Would students at your school be willing to spend time after school, outside of school, and/or on weekends to pass? How would these expectations be communicated to parents? To students?