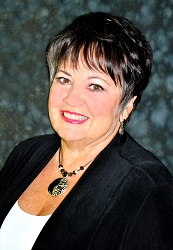 “The work CTL does changes forever the way educators approach their work. The people who have to implement change have to be directly involved in creating the nature of the change. That’s the key.”

Dr. Linda Hargan, who founded CTL in April 1994, retired from CTL on January 2, 2009. On November 18, 2008 CTL’s Board of Directors voted unanimously to confer upon Dr. Hargan the title of President and CEO Emeritus. The Board presented to Linda a special proclamation and a Friend of Education Award honoring her vision for and dedication to CTL, and her lifetime of commitment to advancing education for all.

A former public school teacher, Dr. Hargan has taught at the elementary and high school levels, as well as at the college and graduate levels. She went on to serve as Associate Commissioner for the Office of Learning Programs Development of the Kentucky Department of Education (KDE), where she directed the divisions of preschool education, primary education, professional development, school-based decision making, and student/family support services.

While Associate Superintendent with the KDE, she was instrumental in the design and implementation of key aspects of the Kentucky Education Reform Act of 1990, a groundbreaking initiative known as KERA. Notable among her efforts was the design of a primary program model that would enable elementary schools throughout the state to educate young children along a non-graded, four-year learning continuum based on individual progress. Dr. Hargan was the principal author of The Wonder Years, a handbook for Kentucky elementary educators to assist with implementing the Primary Program in schools. 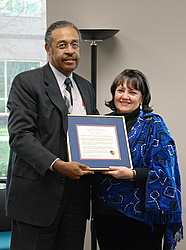 In 1994 Dr. Hargan left KDE to found the Collaborative for Elementary Learning, which eventually became CTL (Collaborative for Teaching and Learning). The original organization was designed to address pedagogy and classroom practice for elementary teachers. CTL’s mission expanded to include educators working at all levels, kindergarten through college, and its reach extended beyond Kentucky to schools and education agencies around the United States and abroad.  As CEO, Dr. Hargan was responsible for directing the management and delivery of CTL’s programs, ensuring sound financial management, directing the pursuit of funding to achieve the work of CTL, establishing critical partnerships with other organizations, and representing CTL to stakeholders and other interested groups locally, nationally and internationally.

Since her retirement in 2008, she retains the position of in-house consultant.  Dr. Hargan has conducted leadership sessions as part of CTL’s work with the IBM Change Toolkit, and in 2007, presented papers on CTL’s work in literacy at the United States-China Conferences on Literacy and Leadership in Beijing.  In December 2008, she and current CTL President and CEO Dr. Deborah Walker returned to Beijing, where CTL co-sponsored the China Top High School International Education Forum.

Over the course of her distinguished career at CTL, Dr. Hargan has done extensive state and national consulting work in systemic reform, and has served on national and local organizations including the President’s Task Force on USAID to Education in Underdeveloped Countries, the National Forum to Accelerate Middle Grades Reform, the Early Childhood Task Force of the National Arts Education Partnership and the Prichard Committee Task Force on Teacher Quality. She is a member of the board of Lighthouse Academies, Inc. of Massachusetts, and serves as board chair for the National Learning Research Institute in California.

Dr. Hargan has received numerous awards for her leadership and service to education including, in 1992, the prestigious Service to Education Award from the University of Louisville, sharing the honor with such past recipients as William Bell, former Secretary of the United States Department of Education.

She is married and has two adult children. Her retirement affords her the time and attention needed to spoil her four beautiful grandchildren.